Whether you have 25 employees or none, the idea of effectively delegating responsibility in your small business can be daunting. As I speak and consult with event rental business owners the world over I often hear about the difficulty of hiring and handing over responsibilities to employees. Especially because most event rental pros are creatives, they tend to have a hard time articulating all of their expectations and then letting go of a project.

But managing your team doesn’t have to be all or nothing. In fact, clarifying who is responsible for each part of a project or task can be freeing for everyone involved. As a manager, you know your role, when your employees will be checking in, and what to expect when they do. As an employee, having defined roles gives you clarity about what your boss needs from you, how much authority you have, how much initiative you need to take, and how to be successful.

Using a matrix to define roles in delegation within your event rental business can be a powerful tool for managing your team. As you approach a project or task, consider that there will be five hats worn throughout the process; the Facilitator, the Consultant, the Decider, the Reviewer, and the Informer. These hats may be worn by one or more person in your organization and the hats can be passed around from project-to-project or task-to-task.

Here’s how these roles play out:

A Consultant is anyone who needs to have input before the decision can be made or the project can be started. If the project is about marketing a new piece of inventory, likely the inventory manager will need to have a say, as well as whoever is in charge of social media, the sales team, and maybe other stakeholders or people in the company with insight. Consultants share what they think is important to account for in the decision or project. Their thoughts have to be accounted for in the final outcome.

The Decider’s primary job is to determine when a project or task is complete. They know the objectives and hold in mind what the Consultants expect. When the project has satisfied those expectations, they sign off on it. If the project is a company holiday card, the Decider is the one to take the final proof to the Reviewer. They don’t take the first draft— they take the version that is ready for print.

The Reviewer has the power to veto based on risk to the business.  They are a check-and-balance in this process. They don’t come in at the final hour and change all of the rules or throw out what all of the Consultants have said. Instead, they take the Decider’s recommendation seriously but have the power to send the project back to the drawing board or end it entirely. If the project is purchasing a new collection of inventory, the Facilitator has done the research and found multiple desirable options, the Decider has chosen the best pieces and now the Reviewer can give their blessing or say that the Company can’t make a purchase that large at this time.

The Informer tells whoever needs to know about the decision or project. Sometimes the Informer is mostly communicating internally with the team. Other times, the Informer is getting info to customers. If the project is to choose a new CRM for the business, the Informer is the person who will let everyone on the team know which CRM has been chosen, when it will be implemented, and how they can learn more.

Using this model can be helpful for your team at any stage but it is also particularly helpful if you want to give an employee more responsibility over time.

For instance, if you have an employee who is newer to your team, you may want to start to give her responsibility by modeling the process.

With your first project, the company holiday card, you wear all of the hats but you do bring her in as a Consultant at the beginning of the project. Make sure you’re explicit about which roles you’ll be taking in the project AND that you want her to be involved as a Consultant. Then be sure to narrate your process as Facilitator, Decider, and Informer so she can learn how you do those processes too.

With another project, when you’re ready to give her more responsibility, use the same matrix but give her a larger piece of the project. Instead of just Consulting on this project and having her observe you as the Facilitator, Decider, and Informer, make her the Informer this time around. Becoming the Informer will allow her to experience more of the project and have some responsibility but it is an easier transition than giving her too many hats too early.

If she is the Consultant and Informer as you’re choosing a new CRM for the company, she’ll have some input but then will see what you take into account as you go about facilitating the project. She’ll also understand how you decided which CRM was the best fit (and when to stop looking). Then communicating the whats and whys to the rest of the team will help reinforce what she gleaned from the process.

When Jane Q. Employee is ready to take on even more responsibility, make her the Facilitator for a project. You’ll act as Consultant so she knows what is important to you before she dives in. She’ll do the work or manage the people who are doing it but she’ll bring the project to you when she thinks it is all set.

If she’s the Facilitator for your company’s social media posts, she’ll first have to come to you for direction and clarity about the objectives (because you’re the Consultant). Then she’ll come up with the list of posts, the schedule, the captions, the newsletters, or whatever else is included in the project. But she doesn’t hit send.

As the Decider, you are the one who is checking to make sure the project is done to the standards that have been laid out. She is implementing the plan but it is clear that she does not have the authority to post until it has been approved.

And, if you don’t approve, it isn’t because you’re a “micro manager.” You can point back to the objectives and expectations laid out in the consulting process and show how they aren’t being met. She can redo until it is right.

Once Jane has had some practice facilitating a project, she will be ready to be the Decider too. She’s internalized the values of the business. She knows what she’s doing, and she can be trusted with a good deal of responsibility.

Don’t get me wrong, the process doesn’t have to be Consult then radio silence until Review Day. Instead, the idea here is that the ball is in Jane’s court. She can keep you up-to-date, she can ask your opinions along the way, she can come to you and you can share new ideas… but she isn’t waiting for you to make the decision about when it is “good enough” or whether or not it meets the objectives. She knows when it does and when it is ready to release.

But she doesn’t release it until you have the final say.

And then there will be projects or decisions where Jane can have A LOT of authority and responsibility. Maybe not on her first day but eventually, Jane will be able to replace the printer on her own. She’ll just come to you before she clicks “Complete Purchase.”

That day will be glorious because she will understand the expectations in your business, know when to take initiative, how much authority she has, and what is important enough to bring to you versus keep off your desk.

In case you’re wondering where we picked up such impressive knowledge, the framework above came from our fabulous business coach Jeff Tanner. If you’re looking for similar insight, you may want to check out the Leader Accelerator Groups offered by his organization, FLDWRK. 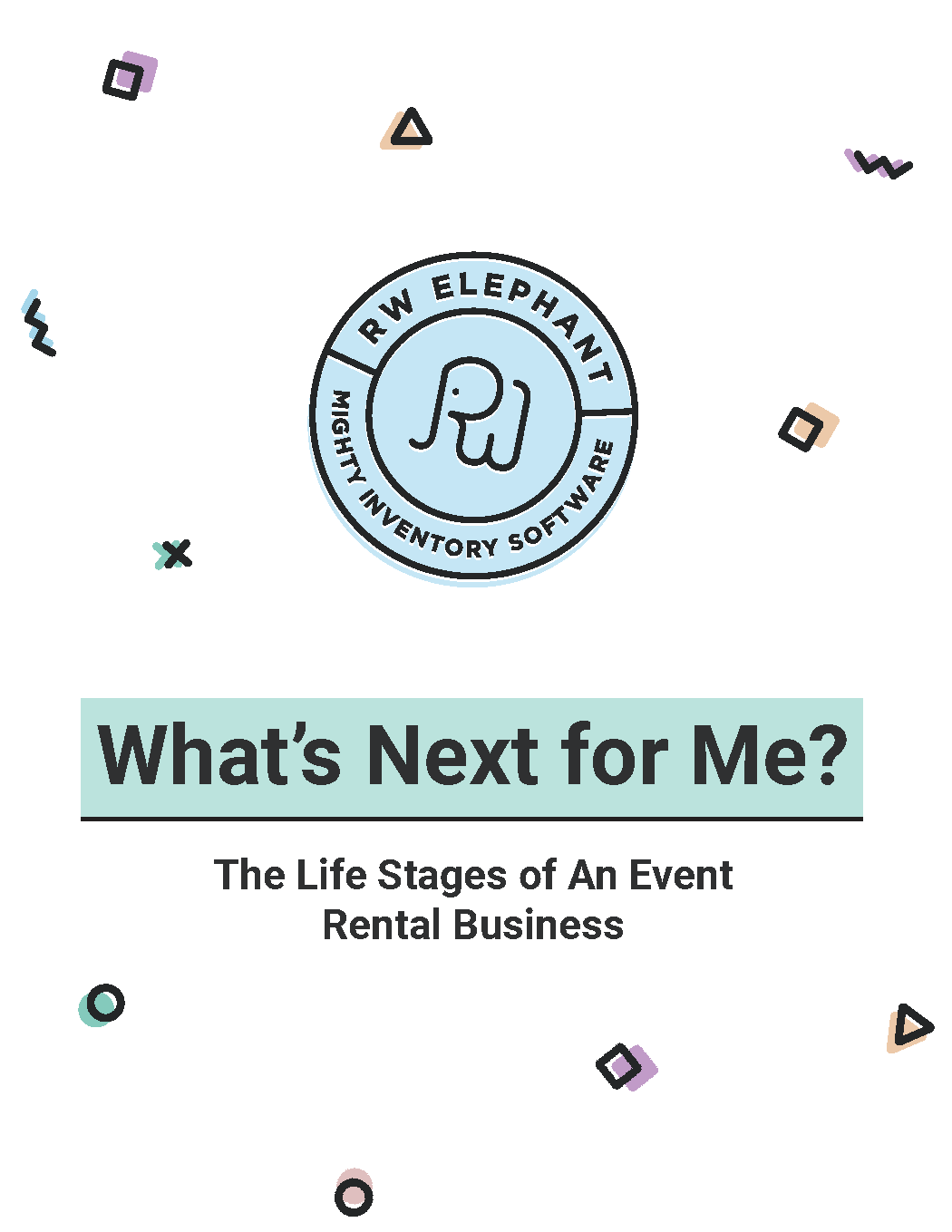 Ready to level up in your Event Rental Biz?

We’ve created What’s Next For Me? Life Stages of an Event Rental Business to help you grow in whatever stage you find yourself in.

Identify which phase you’re in and what tools you'll need to scale up in your rental business.